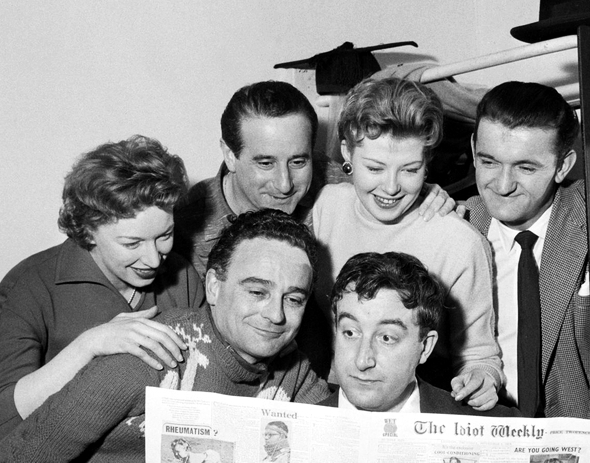 A Collection of Aussie Radio Shows No 21

The Idiot Weekly (1958–1962) was a radio programme made by the Australian Broadcasting Commission.

Transcriptions of The Goon Show were broadcast on Australian radio from late 1955. When Spike Milligan visited his parents in Woy Woy in 1958, the Australian Broadcasting Commission signed him for a series of radio comedy broadcasts. They hoped for a local equivalent of The Goon Show with an Australian slant to it, but without Peter Sellers and Harry Secombe.

The format was very similar to The Goon Show, with Milligan recycling or adapting scripts and jokes for the new show. The show contained typical Goonish humour and some of Milligan's Goon Show characters, notably Eccles, made regular appearances. However it was distinctly Australian with plots translated to Australian locations and frequent references to topical events and Australian political figures of the time.

The closing credits were "a radio reading of The Idiot Weekly" with the actors credited as "Headlines by.." or "Cartoons by..." and the producer credited as a sub-editor.

Disclaimer: By uploading these files, I make no claim to ownership or copyright. These recordings have been acquired from publicly available sources on the Internet, and my goal has been to put together a collection of every available episode where possible. I will add to these collections if I discover new episodes or if any new episodes become available. Additionally, while I tried to put together a collection that contains the best version of each episode that I could, there may be better copies of some recordings available from collectors and dealers, and I encourage you to reach out to them if you are so inclined. If they are not in the public domain, notify me and they will be deleted.